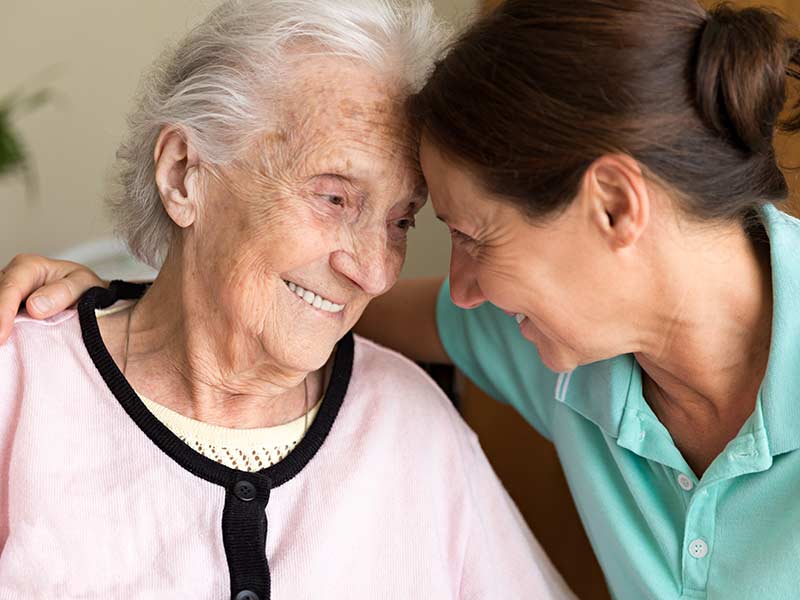 A new study at Johns Hopkins has found a troubling link between hearing loss and dementia, as well as accelerated cognitive decline in older adults.

The Hearing Rehabilitation Center (in Steger and Kankakee) has found that by comparing individuals who have normal hearing, people with hearing loss had a 24 percent increased risk for incident cognitive impairment, and a 30 to 40 percent accelerated rate of cognitive decline. Older adults with hearing loss  are more likely to develop problems thinking and remembering than those whose hearing is normal. Put another way, it would take only 7.7 years for people with hearing loss to lose five points on the Modified Mental State Exam, compared with 10.9 years for those with normal hearing.

“People think that hearing loss in older adults is an inconsequential part of getting older,” said Dr. Lin. But hearing loss has very real consequences and could lead to cognitive decline. Identifying factors that are associated with dementia are important, especially those that are modifiable. Although associating the rate of cognitive decline and hearing aid use is difficult, Dr. Lin is convinced that addressing hearing loss could have an impact greater than just improving quality of life.

Hearing loss affects over 30 million Americans age 50 and up, but only 15 percent of those sufferers use hearing aids. Millions of hearing-impaired older adults are more likely to suffer early memory and thinking problems than adults without hearing loss. About 7 million people in the United States have some form of dementia, and numbers are expected to double every 20 years.

Dr. Lin’s Health ABC study in JAMA Internal Medicine, supported by the National Institute of Health, followed nearly 2,000 adults ages 70-79 in an 11 year prospective fashion. All participants had normal  brain function when the study began. They were given two brain tests at the start, focusing on word memorization, following commands, answering questions about year, date, and time, and the amount of time it took to match numbers to symbols. Cognitive tests and hearing tests were repeated three more times to gauge decline.

Decline was statistically significant in the hearing impaired, compared with people with normal hearing, Lin said.Those who suffered hearing loss took 7.7 years to show mental decline, versus 10.9 years for those with healthy hearing.

Dr. ArtWingfield, of Brandeis University, also showed that mild to moderate hearing loss can undermine the cognitive resources of “otherwise healthy young adults” as well as older ones.

Dr. Lin indicates that the link between hearing and cognitive skills “is a call for alertness to a public health issue that has received less attention than it should.”

There may also be a significant association between the use of hearing aids and a lower risk for incident cognitive impairment. Dr. Lin believes hearing technology allows older adults to communicate more effectively and this “is a bit of a game changer in terms of how well they engage in their life.”

Hearing loss leads to communication difficulties that result in social isolation (one of the risk factors for dementia,) which is a possible explanation for the cognitive decline. Another explanation is underlying brain damage that leads to both hearing and cognitive decline and dementia.

Hearing loss is “complex” and the use of hearing aids, functionally and preventively, in a comprehensive

audiological counseling and rehabilitation program is vital. Depriving sensory input to the brain deprives it of auditory information, which may similarly be reflected in long-term changes in brain function.

Hearing loss has an important role to play in how people fare as they grow older.

For more information call The Hearing Rehabilitation Center, with offices in Steger and Kankakee, at 815-214-9981.

The site information is for educational and informational purposes only and does not constitute medical advice. To receive personalized advice or treatment, schedule an appointment.

Questions?
Talk To Us.